My discoveries at the Book Festival today include...

Ben Hammersley was at yesterday's Olympic closing ceremonies... dressed as a priest! Did you spot him?

Forget Russell Brand; it's theoretical physics that students adore. When a group of students discovered that all the tickets to Frank Close (left) and Professor Higgs were sold out, there were tears in Charlotte Square Gardens.

Vivian French once sneezed during acupuncture therapy. Let's just say that she does not recommend it.

When I asked him where on The Edge he would live, illustrator-in-residence Chris Riddell said the floating island of Sanctaphrax, in a small school of learning where he would wear multi-coloured robes. Though he also expressed interest in becoming a spindlebug (left).

Michael Palin has an idea for a Book Festival event next year. His two heroes, David Attenborough and Bruce Springsteen. Discussing Jane Austen. As Michael says, “they'd probably just agree on everything, and hug.”

Edinburgh International Book Festival has its very own “yurt doodler”, Mo. The author's yurt is the Book Festival's green room. There's no photography allowed in there, but Mo is allowed in and she sketches what she sees! Keep an eye on her Tumblr page over the next couple of weeks.

My favourite moment today (actually, my favourite moment of the last two decades) was making Michael Palin laugh. He's my absolute idol, so now that he's shaken my hand, I'm never washing it again. Except just now, because my cat sneezed in it.

My other favourite event today was Colm Tóibín's. Isn't it amazing when someone combines great talent with great humility? It was as if his terrific rhetoric and insightful remarks slipped out by accident.

So on the whole, an excellent day.

As the gates open to a third day of soaking up that Book Festival atmosphere, I thought I'd provide some recommendations for the next couple of days. 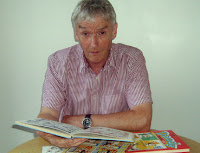 The Heart and History of The Dandy. Andy Stanton, former Dandy editor Morris Heggie (left), and Dandy/Beano illustrator Gordon Tait share, discuss and enjoy the creative thoughts behind one of the most beloved comics in Britain. A great events for families.
ScottishPower Studio Theatre, 5PM 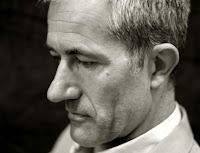 In what promises to be an intelligent and fascinating event, Geoff Dyer discusses his newest book, "Zona: A Book About a Film About a Journey to a Room". Ideal if you like a bit of late-evening thinking and entertaining.
Peppers Theatre, 8:30PM 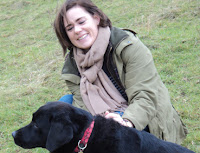 Oddles of Poodles with Anna Wilson. In an event for children ages 7 to 10, Anna Wilson shares stories of her pampered pet salon. Or should I call it secret canine detective agency?
RBS Corner Theatre, 12PM 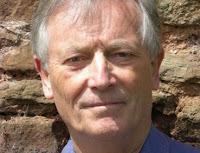 Join Charles Allen in a significant event about a significant figure. Many of us haven't even heard of Ashoka, but - two hundred years before the birth of Christ - he was the illustrious and peaceful ruler of the entire Asian subcontinent.
ScottishPower Studio Theatre, 12PM


The day after tomorrow (Wednesday 15th) 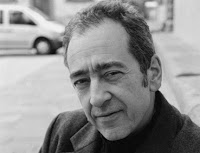 Award-winning author Charles Nicholl runs an event for those who love great history and great intrigue. You'll learn things you never knew about some of the most renowned historical figures in history, from Michelangelo to Shakespeare, from Arthur Cravan to Jack the Ripper.
ScottishPower Studio Theatre, 10.30AM 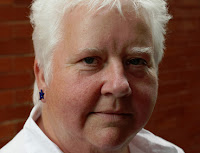 In this unique event, celebrated Scottish crime writer Val McDermid will be unveiling her latest work, 'The Vanishing Point', a month before its publication. This is quite simply an event not to be missed.
RBS Main Theatre, 8PM
Posted by edbookfest at 11:21 No comments:

I counted seven open Book Festival programmes on the bus today. Which is pretty inspiring, despite the fact that two of them were mine.

Here are some of my favourite discoveries made in Charlotte Square Gardens today. 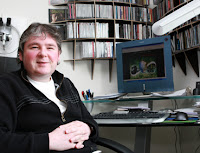 As the Olympic Games closed, Book Festival visitors wished they had just one more gold medal to give out – to Darren Shan, who spent over three hours signing books after his event! He received a delighted round of applause for his triumph. 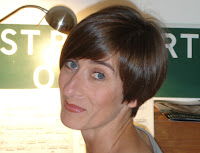 Kristina Stephenson's Sir Charlie Stinky Socks event features music so enjoyably catchy that it embedded itself in the consciousness of several Book Festival staff members (including myself) for the remainder of the day. 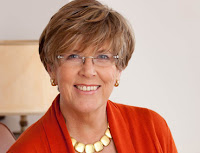 Prue Leith was campaigning for healthier school dinners some time before Jamie Oliver. She even came close to persuading PM Tony Blair of her cause. 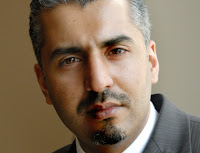 Maajid Nawaz was an activist with Islamic extremist group Hizb ut-Tahrir. But during a four-year imprisonment in Egypt he engaged in fierce political debate with a number of fellow prisoners and emerged a left wing liberal. 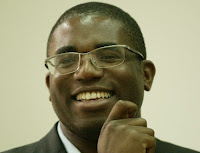 The mother of David Lammy MP used to ferverently believe he would become “a black Aled Jones”. David did his best not to disappoint.


A few people today were intrigued by the photos taken here and there and were wondering where they might see them. In due course they'll be posted on the website, but you can catch some throughout the day on Twitter – and in the meantime, here's a whole little collection from the last couple of days!