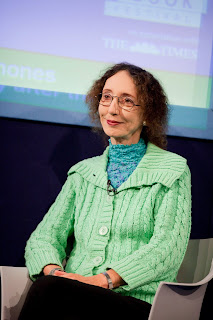 Were there Book Festival events in August that you wanted to attend but couldn't? Or did you go to an event that you'd love to revisit? Either way, our Media Gallery is the place to be. We've uploaded dozens of hour-long audio recordings of events from this year's programme, including Simon Callow, Seamus Heaney and A S Byatt. Our most recent uploads are:

Enjoy them, and don't forget to check back for more.
Posted by edbookfest at 13:08 No comments: