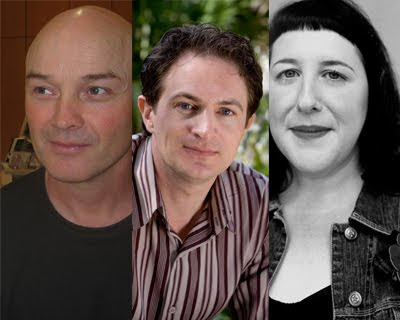 There are not enough awards featuring books for teenage readers out there, but here’s a fantastic one: the Booktrust Teenage Prize. And the 2010 shortlist has just been announced! The Enemy by Charlie Higson, Halo by Zizou Corder, Nobody’s Girl by Sarra Manning, Out of Shadows by Jason Wallace, Revolver by Marcus Sedgwick and Unhooking the Moon by Gregory Hughes.

Half of this talented bunch joined us at the Book Festival this month, a source of great entertainment and inspiration for our substantial teenage audiences. We wish the inspiring Sarra Manning, the otherworldly Marcus Sedgwick and the gifted Gregory Hughes the best of luck.

The winner of the Booktrust Teenage Prize 2010 will be announced on 1 November.

Posted by edbookfest at 11:20 No comments: