Just skimming through the Edinburgh International Book Festival programme this year is absurdly exciting. 800 writers from all over will be gathering in Charlotte Square Gardens, fully equipped with the inspiration, charm and talent that has made us want them here to begin with.

I think I can speak for all us booknerdy types when I say that come rain or shine we will be out there in our droves.

And we've only got five more days to wait. Cue hyperventilation. 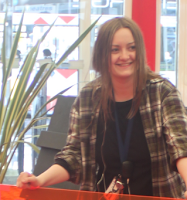 Hello, by the way! I forgot to say that. My name is Ellie. I'm very lucky that the Book Festival has plonked me right in the thick of it this year, so I can soak up as much of the Book Festival as possible and report back to you about it. That's a photo of me on the left there, so if you see me roaming around Charlotte Square Gardens do please come over and say hi!

There will also be live reports on Twitter @edbookfest, so get involved in the competitions, discussions, Q&As and more, with hashtag #edbookfest


So, what've we got to look forward to? I'm tempted to just copy and paste the entire programme. But here are some highlights of the opening days of the Book Festival. 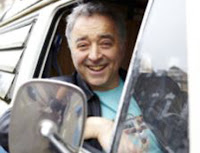 On Saturday the 11th we've got former Poet Laureate Andrew Motion, who has penned a unique and irresistible follow-up to Robert Louis Stevenson's Treasure Island. Hear all about it at 3PM in the RBS Main Theatre. Andrew will also be making an appearance in a children's event at 10.30AM in the ScottishPower Studio Theatre, where he'll be joining Frank Cottrell Boyce (left), writer of the very exciting Chitty Chitty Bang Bang Flies Again.

You may not know this, but novelist and screenwriter Frank Cottrell Boyce co-scripted the Olympics opening ceremony with Danny Boyle. Frank speaks highly of the power of imagination: “We think in stories.  Before you can build a rocket to go to the Moon, you have to dream of being able to do so." 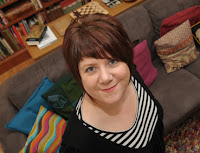 Sunday the 12th will find Darren Shan in the RBS Main Theatre at 1.30PM with an ever-enjoyable event for kids who love horror. Thrilling the adults later on at 7PM will be Louise Welsh (left) in the ScottishPower Studio Theatre, along to discuss her exhilarating new mystery, The Girl on the Stairs. Louise has many strings to her writer's bow – she has written novels and short stories, radio plays and articles; and even a libretto for opera. 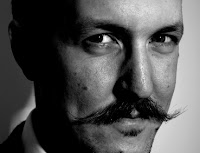 On Monday the 13th Ben Hammersley (left) provides some vital guidance to this hasty and baffling century we live in (3.30PM in the ScottishPower Studio Theatre). We'll also have Chris Riddell and Paul Stewart – the best creative partnership this side of the Edge – discuss their new books in a 10.30AM children's event in the ScottishPower Studio Theatre. They started working together in 1993, and – to the delight of millions – have said that they never want to stop working together.

That's just a tiny taste of a tiny slice of a massive festival. I'll be going to as many events as I can (and will let you know what I think!), and I'll be trying to speak to some of our amazing authors too. I promise I won't embarrass the blogosphere by turning into a gibbering star-struck wreck when speaking to them. But – let's be honest – that's not a promise I can keep.
Posted by edbookfest at 18:04 No comments: