Today began with a little girl at the gates of Charlotte Square Gardens, devising a cunning plan to make our own staff t-shirts and wear them so we could sneak our way into the Book Festival early.

But before this ingenious scheme could be put into motion, the gates opened and in we all poured, accompanied by sunlight and samba music. 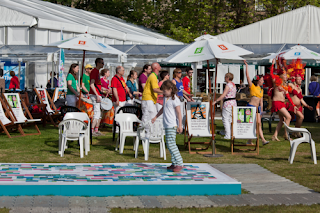 Here are a few interesting and funny things I learned today – and they were learned straight from the authors' mouths! 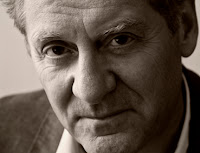 Andrew Motion is allergic to the word “sequel”! His book 'Silver' is a tribute to 'Treasure Island'; not a sequel. His tribute is based around an enormous amount of affection for Robert Louis Stevenson's treasured classic.


David Rain is the one we have to thank for today's triumphant weather. Despite his suspicious surname, Mr Rain penned the book 'The Heat of the Sun'. It can't be a coincidence. 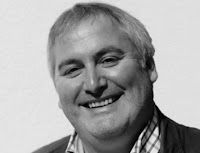 Illustrator Chris Riddell has nightmares about manga! This is because one of his very first jobs as an illustrator was to draw a little manga-style cockroach – hundreds and hundreds of times. That cockroach's manga eyes still haunt him today...

Stuart Kelly's earliest memory is of pulling a carton of eggs off a shelf in a supermarket, at the age of eight months. He can remember the intricate details. The thing is, this memory is a false memory. 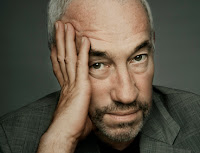 Simon Callow was at first tentative about playing Charles Dickens in Doctor Who, but once he read Mark Gatiss' script he saw that it was full of fierce and honest affection for Dickens. Today Simon quoted the episode in question.

Without question, there were some phenomenal events today. But my vote for the most fascinating one I saw goes to...

Charles Fernyhough and Claudia Hammond, at their event on memory and time.

It seems it's all about our attitude to time. The example given in the event was: if there's a meeting on Wednesday, and the meeting is moved two days, when will the meeting be? Monday or Friday? Those of us who think Monday are apparently waiting for time to come to us, whereas those who think Friday are moving towards time. For me, Friday sprang to mind, so I'm an “ego-mover” as opposed to a “time-mover”. Good to know!

Claudia Hammond, in the meantime, has people coming to her in the hope that they'll be able to slow down time, because it seems to move so fast. But she explained that when time moves slowly, it's because of boredom, or feelings of loneliness or rejection. If time seems to zip by, on the other hand, it's a sign that you're leading an exciting, eventful life.

In a very unexpected twist, the event ended with a lady in the audience putting up her hand and asking Claudia if she remembers her. Claudia hadn't. The lady then went on to say that she doesn't remember her either – but they should remember each other, because they were best friends when they were five years old...! The event ended, and Claudia shook her hand, grinning.

As a delighted audience member said afterward: you couldn't make it up.
Posted by edbookfest at 21:07 No comments: