The sound of world voices in New York

Our Programme Manager Roland Gulliver recently took a trip to the PEN World Voices Festival in New York. Here he reflects on the experience…
New York, New York - it’s so famous they named it twice, and it’s where I was very lucky to find myself for six days at the end of April to experience the PEN World Voices Festival of International Literature. As part of the Edinburgh International Book Festival’s continued international work, and the development of our Word Alliance, we worked with the PEN World Voices organisers to present Scottish authors at this most multinational of occasions!
The Festival runs for 7 days at the end of April and has been chaired by Salman Rushdie for the past 7 years, with 2011 being the first year for the new director, László Jakab Orsós. It presents an extraordinary programme of events with authors from over 40 countries at venues across Manhattan Island, taking in their various cultural partners such as Scandinavia House and Instituto Cervantes, and a range of New York’s iconic venues including the 92Y, the Bowery Poetry Club and Carnegie Hall. The festival brings together this wealth of international writers to discuss the key issues affecting the world and the world of writing today. Unsurprisingly, the ‘Arab Spring’ and WikiLeaks were high on this year’s agenda but other hot topics included Pakistan, China, Russia, the Middle East, libraries, prisons, publishing and translation. The programme’s unifying thread was that the writer is central to everything - whether that be the writer's role of documenting change in our world, or the persecuted writer representing the challenges of gaining free speech and free society around the globe.


Inside the Bowery Poetry Club 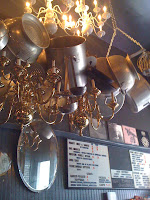 This was my first visit to New York since I was a student so I was hugely looking forward to visiting as a ‘grown up’, but having not been for so long meant that first impressions were overwhelming! New York, probably more so than any other city, already exists for us - we inhabit it through television, film, music, and books, and our imaginations are awash with cultural references. So to actually be in the city of yellow cabs and rattling subways, skyscrapers and steaming sidewalks, hotdog stands and diners was quite disconcerting. The first time I took the subway, out to Brooklyn where our friends Five Dials were launching their latest issue, my head pitched between the seminal 70s film, Warriors, and the Beasties Boys back catalogue. In between the events, as well as taking the subway, I did a lot of walking - Union Square, Washington Square, Central Park, Grand Central Station, Broadway, Park Avenue, Greenwich Village, the Empire State Building - just trying to absorb as much as possible. 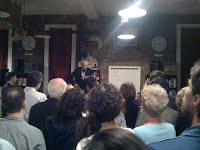 The festival based itself in the remarkably, intimidatingly stylish Standard Hotel in the very cool Meatpacking District. The hotel itself is perched over The High Line, a raised subway line which has been converted into a park making a long narrow strip of green through the warehouses, and providing a unique perspective on the city; the locals have taken it to their hearts very quickly. The High Line played host to some of the intriguing smaller events in the programme - the Saturday afternoon book swap, the mobile library and the Karma Chain (think of a very long game of Chinese Whispers!).
The Standard Hotel also played host to the Edinburgh International Book Festival reception on the Tuesday evening where our invited guests were treated to a reading from Alan Bissett, including a short performance from The Moira Monologues!! Remarkably, Moira fae Falkirk fit right in! My personal highlight that evening was after our reception when Alan, Ali Bowden from the City of Literature and I joined Irvine Welsh in a local bar to watch his beloved Chicago White Sox beat the Yankees. It was one of those moments that you never expect to happen but when they do you are reminded of how magical your day job is! Irvine was taking part in several events throughout the week - he had appeared at the opening event on the Monday night and also did a reading later in the week at the Bowery Poetry Club where, amongst others, David Bezmozgis and Rahul Bhattacharya were reading; I knew about Rahul’s book but it was lovely to discover how well he reads.
The High Line 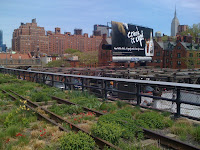 The final part of the Scottish contingent was John Burnside who took part in two of the most innovative events in the programme: The Poetry Safari which took place in an apartment block with the audience going from apartment to apartment to hear writers read; and Poetry: The Second Skin which featured a wonderful cast of poets reading their work while the iconic Laurie Anderson played improvised electronica in accompaniment. It was wonderful to see how the poetry and music responded to each other, especially how the poets naturally took up the rhythms of the music. The evening was completed with a guest appearance from Antony Hegarty from Antony and the Johnsons. Only in New York would someone like that just pop in to sing a couple of songs!
My time at PEN World Voices was encapsulated by two events, each at opposite ends of the spectrum in terms of style and content, but both equally inspiring. The Best of European Fiction event hosted by Aleksandar Hemon featured authors from Slovenia, Moldova and Norway. All three read and talked eloquently about their work and the importance of literature in Europe no matter where you are. And most inspiringly, they told this to a packed audience!
The other event was the big Saturday night show being presented by The Moth and hosted by Salman Rushdie. The Moth appeared at the Edinburgh International Book Festival a couple of years ago so it was great to experience the show on home turf. The line up of storytellers included stellar names like Elif Shafak and Jonathan Franzen but the most moving story of the night was from Warren MacDonald as he told of his catastrophic climbing accident. It was also where I got my best celeb spot - Courtney Love sitting just a few seats away! 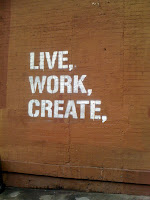 Posted by edbookfest at 15:55 No comments: