The Edwin Morgan Poetry Competition - words from past winners 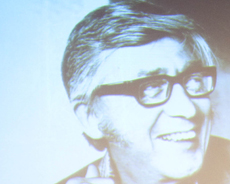 The Edwin Morgan Poetry Competition has well and truly established itself as the highlight of the poetry calendar. Created in honour of the legendary and much loved Scottish poet Edwin Morgan, the contest is open to all and you don’t have to be an experienced or recognised writer to enter.

Sponsored by the University of Strathclyde, it’s one of the richest awards for poetry around – the top prize is £5000 - but the benefits of winning go far beyond the financial gains. Whilst many previous winners have expressed their gratitude for the time and space that the prize money has given them, enabling them dedicate more time to their writing, many have also spoken of their pride in being associated with such a prestigious award and the new opportunities that have arisen as a result of winning, plus the confidence boost that the recognition can bring.

So, whether you’re a secret scribbler, penning your poems in a private notebook, or you’ve tasted the world of published poetry, don’t be shy! There are still a few days left to enter the 2012 competition. Maybe you could be one of this year's winners.

Read on for some heartfelt testimonials from previous winners, be inspired by their stories, and enter your work into this year’s competition.


Jane McKie, first prize winner 2011
‘Winning the Edwin Morgan Prize was an unexpected delight. Although I have two collections under my belt, I still feel an early career poet, full of self-doubt, and the prize was a great boost to my confidence. That the prize was established to commemorate and celebrate one of my favourite Scottish writers made it all the more meaningful…But the glamour, if you are a poet, is fleeting – it’s so hard to make a living from writing in general, and poetry specifically; you are always scrabbling round the edges trying to make ends meet from other activities, no matter what stage you are at or how passionately you are impelled to write. That is why the financial aspect of the prize is such a tremendous boon: it allows you to buy a little time to try and develop as a writer, that endless and endlessly fulfilling project. With two young children to support, I am as grateful for the generous money associated with the prize as I am for the sheer craziness of winning something so prestigious.’

Paul Batchelor, first prize winner 2009
‘Winning the Edwin Morgan International Poetry Competition in 2009 meant a huge amount to me. In my view, Morgan was simply one of the very best poets of the Twentieth Century, a poet whose work I had admired since I was twelve years old.

I write freelance reviews for a few newspapers, and after the results had been announced, The Times asked me to interview Morgan and write a feature on him and his work. I was thrilled to have this opportunity to meet the man himself… A few years later, the Guardian asked me to review Morgan's last collection of poems, Dreams and Other Nightmares, and again this was because of winning the competition.

The money was extremely helpful too... It freed up a tremendous amount of time in which I was able to write and I will always be grateful for that. Finally, winning the competition seems to have made a difference to how I'm perceived: it continues to be mentioned frequently, when I give a reading or teach a workshop, and is clearly establishing itself on the poetry calendar of an ever-increasing number of poets.’

Emily Hasler, second prize winner 2009
‘I am immensely proud of the connection with Edwin Morgan and people recognise the prize and how much competition it attracts. The prize has made an immense amount of difference to my work. Firstly, the monetary aspect was very gratefully received… After receiving the prize I was able to give over more space to writing.

The prize has also had a huge impact on my publications. As a young, unknown poet, being able to mention the prize has helped to have my work read and accepted by magazines and anthologies. In my case, I also met several established writers and have maintained friendships with them which has helped in getting known in the poetry world. The path to getting to this stage in my poetry career has been greatly eased by the prize.’

Kate Miller, first prize winner 2008
‘In 2008 I was coming to the end of my first year as a postgraduate at Goldsmiths, funding my studies with part time work as a gardener. My poem ‘After the Ban’ was written in May/June 2008 with one eye on the achievements of Edwin Morgan (concrete poems, great feel for open space) and the other on a chance of winning enough money to fund a second year at college.

Winning the prize primed the pump and gave me an increased sense of worth, acknowledged by academic colleagues and friends in the competitive world of journalism and fiction.’

Wayne Price, second prize winner 2008
‘Winning second prize in the inaugural Edwin Morgan Poetry Competition was an enormous encouragement to me as a poet. Though I’d been writing and publishing short stories for many years, winning a major poetry prize in a competition as prestigious and competitive as the Edwin Morgan gave me the confidence I needed to devote as much time to my poetry as to my fiction. As a direct result I have since gone on to win a number of prizes and commendations in national and international competitions.’


Feeling inspired? The closing date for entries for the 2012 Edwin Morgan Poetry Competition is 9am on Monday 4 June. You can find out all you need to know about entering on the competition website.
Posted by edbookfest at 17:21 No comments: